Comprising more than 3,500 lots, our last auction for 2015 was highlighted by a number of exquisite English Hammered pieces, which as expected sold well above estimate. We saw nearly a million dollars’ worth of material go under the hammer with 87% of lots sold – once again emphasising our industry leading clearance rates. Prices realised are now available online.

Preparations for our next auction are already well underway. To be held at Box Hill Town Hall in Melbourne on the 3rd and 4th of May 2016, consignments for Sale 321 are now being accepted. Please contact us today to arrange an appointment at our Melbourne head office, at either of our retail stores, or in your home or office. Consignments close early March.

Mennica Polska (The Mint of Poland) has, in the past, presented the world with an array of innovative numismatic products – from the Amber Road series to the Fortuna Redux. They once again raise the bar on just what is possible in numismatics when they unveiled the world’s first globe coin at the recent World Money Fair in Berlin.

The silver globe, known as the “Seven Wonders of the New World” coin, has been struck from 217.7 grams (7 ounces) of 99.9% fine silver to a diameter of 34mm. It has a total worldwide mintage of just 1,007. Struck using minting technology specifically developed by the Mint of Poland, the design of the coin is taken from the world map “Nova totius terrarum orbis geographica ac hydrographica tabula” – hand drawn by Dutch cartographer Willem Janszoon Blaeu in 1638. At seven points on the globe are embedded Swarovski crystals to signify the location of the Seven New Wonders. The New Wonders of the World are: Chichen Itza (Mexico), Christ the Redeemer statue (Brazil), the Great Wall of China, Machu Picchu (Peru), the ancient city of Petra (Jordan), the Taj Mahal (India), and the Roman Colosseum (Italy).

The coin is presented in a themed case, designed to look like a suitcase. More information about the unique minting technology can be found at Coin World’s website.

Exactly 30 years ago today, the Reserve Bank of Australia introduced the $1 coin into circulation, on May 14th, 1984. It replaced the $1 banknote that had circulated since the inception of Decimal Currency in 1966. Stuart Devlin’s now famous Mob of Roos featured on that initial circulating $1 coin and has been a favourite amongst collector and non-collector alike ever since.

According to the Royal Australian Mint, plans to replace the $1 note had been contemplated since the 1970s, due to the need for higher face value coins that could be used in coin operated machines, and to replace the short service life of the $1 note.

During its life there have been around 100 commemoratives issued by the Royal Australian Mint using the $1 denomination and its standard circulating specification – understandably making it one of the most popular coins amongst collectors today.

Some of the highlights of the series are:

Also worth mentioning, aside from the official commemorative releases, is the unofficial 2000 Mule Error – an error which was created when incorrect obverse and reverse dies were mistakenly matched. For those interested in reading more about this fascinating error, we featured it in a previous article here.

The introduction of the new $1 coin wasn’t the only interesting or important thing to happen in 1984. Some other events of note that occurred that year:

But for many, it’s the introduction of the Mob of Roos $1 coin that marked the commencement of a new era in numismatics. To celebrate, the Royal Australian Mint released a spectacular 30th anniversary high relief silver proof coin, which has delighted thousands of collectors in Australia, and around the world!

Downies is fortunate enough to have a number of this spectacular coin in stock, so if you are interested in marking this special anniversary, click here to learn more!

Been waiting to secure that RAM Mint Set or Perth Mint 1oz Silver Proof? Well, wait no longer! Downies has…

Modern collecting is often marked by a fervent desire for collectors to acquire the new and innovative. It’s not everyone’s cup of tea, but these unique modern issues are highly sought after – as long as they are also high quality. For many years now, Downies has partnered with, and been sole official Australian distributor for, one of the most innovative coin producers in the world – Coin Invest Trust (CIT). 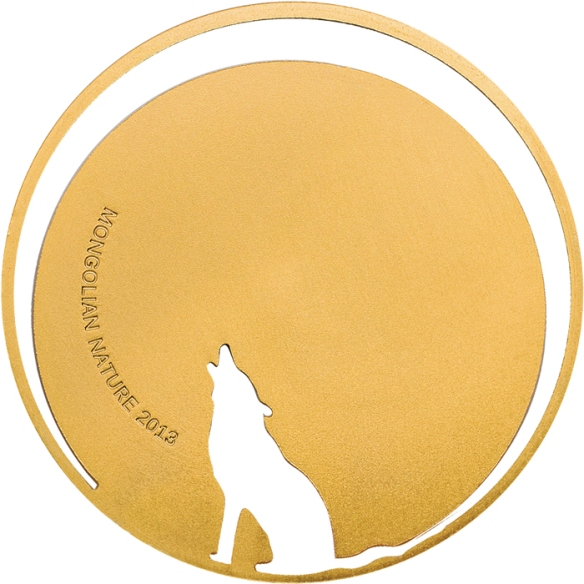 Established in 1970, CIT is a European firm that has been producing coins since 1982. Over the years CIT have won a number of high-profile awards for their ground-breaking releases, including the Coin Of The Year award for their ‘Gulo Gulo’ Wolverine coin, part of the Wildlife Protection Silver Series. They are known for a range of ground-breaking numismatic issues, including the Pearl Silver Proof Series, the Tiffany Glass $10 Series, and the Meteorite Silver Proof series, to name just a few.

The original Tiffany Glass offer made way back in 2004!

As an indication of the popularity of some of their coins, the first of CITs Tiffany Glass $10 Series was sold by Downies for $139.95 in May, 2004. It is now selling at up to $4,000 on the open market! It’s no mere fluke, either, as each of the coins in that series (and many others) have sold out almost instantly each year since!

A big part of what makes releases by CIT so globally popular is that not only are they extremely innovative (3D coins with Butterfly wings, anybody?), but they are also crafted to the highest standards. CIT don’t just create new coins – they craft innovative, high-quality collector pieces that push the boundaries of modern numismatics. Downies is happy to partner with them and share their story with our collectors.